Actor John Krasinski Hosts Prom for the Class of 2020 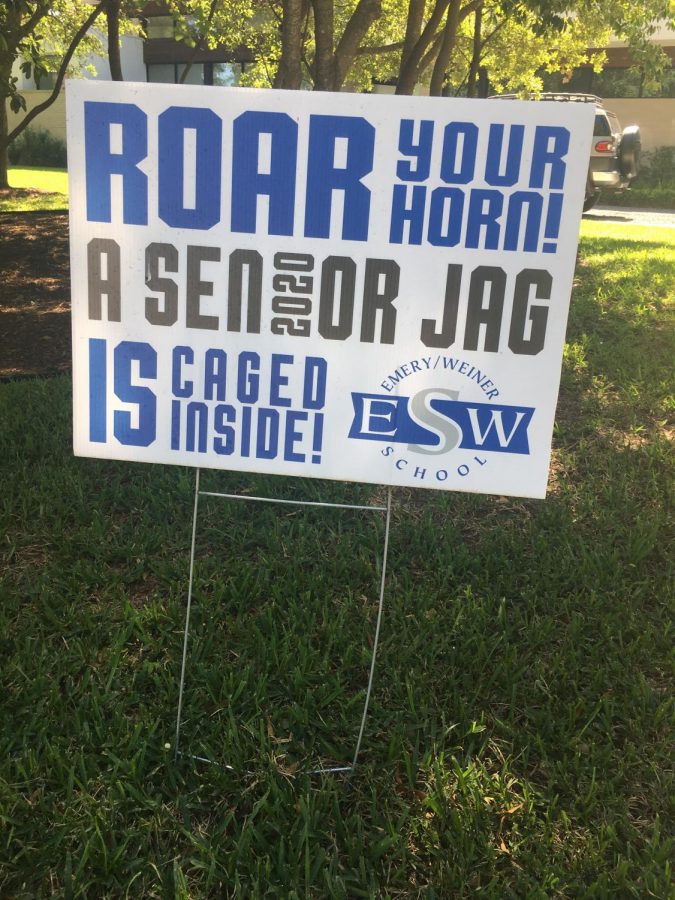 Actor and filmmaker John Krasinski took it upon himself to give the class of 2020 their prom.  “The Office” star announced on his YouTube show “Some Good News” that he was hosting a virtual prom Apr. 17 for seniors across America who had theirs canceled due to coronavirus. Krasinski used his platform as an actor to spread the word about his virtual prom, and he hosted the event on his “Some Good News.”

As host, Krasinski was the virtual prom’s DJ, inviting several famous musicians to perform. Krasinski had multiple celebrity guest appearances to perform for the seniors, including Billie Eilish and the Jonas Brothers. Eilish sang her hit “Bad Guy,” while the Jonas Brothers sang their song “Sucker,” which debuted after the Jonas Brothers took a hiatus back in 2013. To really experience the music and dance along, some seniors actually dressed to the occasion.

“I’m so glad I got to wear the dress because it’s my favorite dress I’ve ever worn,” Virginia senior Maddie Schuetze, who attended Krasinski’s virtual prom, explained.

According to CNN, Schuetze was devastated to miss something she felt capped off her senior year. However, Krasinski’s event gave her a reason to put on her prom dress and dancing shoes and make the best out of an unfortunate situation.

Krasinski’s prom even drew some older fans from across the world, sentimentally ready to relive their glory days. Twenty-two year old Fatema Badshah  had her prom five years ago, but wanted to recapture the night. “My prom was all right,”  Badshah told CNN, “but nothing compared to what John Krasinski had in store.”

Because Governor Greg Abbott ultimately decided to close all Texas schools for the remainder of the school year due to the coronavirus pandemic, Emery’s own prom, and other crucial events, will be put on hold or even canceled. “I feel super sad and upset because I’ve been looking forward to prom since I was a little girl. I remember I dreamed of wearing a long dress and a tiara,” senior Claire Lemel explained.

Many seniors have met privately to discuss their ideas on how to salvage the rest of their senior year. “I have talked to a lot of my friends, and we think we should have prom as a reunion when Governor Abbott lightens up the laws about social distancing, or we could have a non-school sanctioned prom,” Lemel proposed.

Some seniors feel that prom holds more weight than some of the other events on the calendar. “I think prom should be put in place of senior dinner,” senior Marisa Reichstein explained. “We have Hotel Zaza booked, and even if we can’t get a DJ, we could just have a student run the music. I think getting the opportunity to dress up and take pictures even with just your date is necessary.”

“Unfortunately we don’t have the prom budget to bring in the celebrities that John [Krasinski] did for his virtual prom, which I think is part of what made it so entertaining,”  Student Life Director Brittney Ford said. “Honestly, I don’t think we should replicate it because I’m holding out hope we can have the real thing – even if it means we are having prom in July.”  Ford’s hopes for a late-summer prom may be the best option.

Head of School Stuart Dow addressed  seniors and parents  in a zoom meeting on April 22. Dow asked  seniors to “leave the first weeks of June and August” available for rescheduling prom and other events. Administration has been working diligently to reward the seniors for their commitment and dedication to their education, and they have been reluctant to cancel any of these important events.

“I’m working closely with members of [the Student Leadership Team] to recreate prank day and senior Ma’amad,” Ford explained.  “Between the yard signs, the town hall on Zoom, and the senior series in May, we are trying to do everything we can to make the end of senior year special for this most special group of students.”

Dow’s meeting left seniors questioning whether they’d have a rescheduled prom, and most agreed that a virtual prom wouldn’t satisfy their expectations. Of all senior events, “ I think [prom is] one of the most important and needs to be addressed,” Reichstein said.